SANCE is a contemporary ballet project that presents original works by Satomi Itohara.

Artists get together on project basis to present her works. Her works are based in classical technique, and she adds smooth and dynamic quality on it. She utilize creative floor works and partnering that are not used in classical ballet, which makes her work very unique.

Her works has shown national and international dance festival and showcases.

ISÓPTICA is an agency made up of photography professionals specialized in Art and Culture. They document what happens on the scene “beyond the event” with an original and expert look that seeks to transform the gaze of the other. ISÓPTICA is a spave where author photography and the creative expression of choreographers, directors, composers, writers, and filmmakers coincide in a creative synergy that seeks to captivate with beauty. 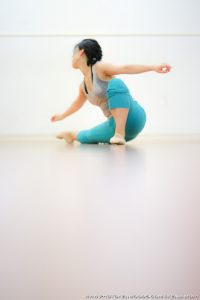 OFFOFFOFF.COM covers alternative arts of all kinds in New York City — independent film, off-off-Broadway theater, local music, non-commercial radio, and many others. It has been publishing over 1,600 articles and reviews since 1999.

Oberon’s Gorove is a website that is about classical music and dance events in Manhattan written by Philip Gardner since 2006.  His review has a very high reputation and has been widely discussed in the field.  Mr. Gardner has reviewed numerous dance performances and companies including American Ballet Theater, Paul Taylor Dance Co, Martha Graham Dance Company, many other major companies and performances in NYC.

An Unknown Surprise at The Biomorphic Dance Festival -March 30th 2015

The Dance Enthusiast is a vibrant, engaging digital magazine and arts service organization. It has been serving the dance community by sharing its stories and news around New York to the world.  Its new media work have educated and inspired audiences to understand the deep value inherent in dance.