Hello! It has been a while, but I would like to share and write about my thoughts and experiences as a dancer, a teacher, and a choreographer with you from now on regularly. I had learned so many things through different experiences during this spring and summer season. I hope this will be good information for those who works in the same field or who is interested in dance.(^^)

This is the experience I had from India trip in April. 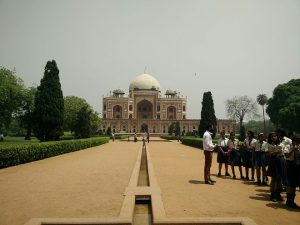 Some of you may already know, but anyway, I went to India in April 2017! I often asked if I went there with someone else, but no. Just me! I didn’t get nervous since my excitement was much bigger than that. 🙂 I was so excited to go to new place. And another thing was that I know that English is very common in India, which made my feeling better about going there. However, people are more worried about food poisoning and such, huh? I had a confidence that I won’t get sick form food from no where. lol In fact, I was super healthy through out the festival.

So, I went on a trip to India for a few days. I just brought a backpack and a little Boston bag. “What I need is music and costume.” This was the only thing I didn’t want to forget. (but I face my unpreparedness right after arrival. lol) 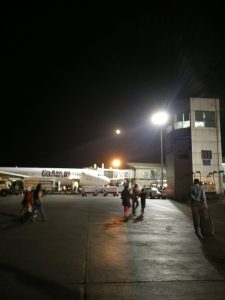 I got final destination, Pune, before 11pm. First, I exchanged money yen to rupee, then took a cab to the place to stay which festival prepared for me. But here I faced my unpreparedness already. lol I was so shallow minded that I assumed all airport have wifi access easily since my former airport experiences were at only USA’s and Japanese airport. So I only told brief information to the director because I was “planning” to contact from the airport. However, I was having a hard time to getting wifi connection.

But anyway, it was late at night and I had the address of the place to stay, so I booked a taxi. Then I wrote down director’s number when I was asked to write connectable contact. That was right! When taxi arrived, the driver was talking to the director on the phone, so I could talk to the director directly and we could meet safely later at the place to stay. The car was though, the seat was ripped, the belt was broken, and it had no air conditioner. lol Yes, I did book the cheapest car when I was asked what kind of car I would like. lol But I enjoyed the ride 🙂 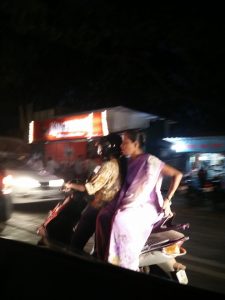 The festival provided me a room of a two bedroom guest house. After I put off my luggage, the director took me dinner. I ride back of a scooter for the first time to the restaurant. 🙂 I had some Indian dishes that weren’t curry, but they were very good. :9 There were two more artists, from Canada and Australia, who got here earlier and director’s husband. They were very nice and I soon fell in love with the atmosphere of these lovely people.

The artists who had dinner together stayed another room in the house I was staying. They had been in India over a month already, so they advised me to use bottled water not only drinking but also for just washing teeth. I think this advice made my stomach kept healthy. Thanks to them! Next morning planned to start with my contemporary workshop, so I rest quickly. The first night pass by so quick like this (^^)

I was going to put all experience in one article, but there are so many things I would like to share. So I would like to write second article (maybe third too ;)) about this. The next one will start with about Dance Festival✨

Performed for the Music Video “The Slug” by SOMBRA✨

I danced for the music video produced by SOMBRA. SOMBRA creates various styles of music and they are very cool :) T...

This time, I am writing about the dance festival in Pune, India. I was very excited to spend time with new environment ...

Hello! It is already October. Time flies! I will be performing a solo in Hiroshima this month and performing a duet in ...